There’s a new character that has joined the 매직 : 더 개더링 universe, and for all intents and purposes it looks like it’s based on an anti-TERF trans activist who is also a professional 마법 소셜 미디어가 운영하는 플레이어는 Autumn Burchett를 처리합니다.

They were one of the people most prominent in attacking the lesbian artist Terese Nielsen back in April of 2019, when it was discovered that Nielsen liked some tweets from Conservatives, which led to the rabid Lefty kooks to go after Nielsen, and also attempted to get Wizards of the Coast to remove Nielsen’s art from 매직 : 더 개더링.

It’s not completely verified if the new character is based entirely on Burchett, but being a pro-player who is anti-TERF that streams on Twitch likely caught the eye of the Wizards of the Coast, especially after they approved for Burchett to use playing cards in a tournament that had scribbles of invectives aimed toward TERFs (also known as Trans Exclusionary Radical Feminists) and pro-trans propaganda on them. 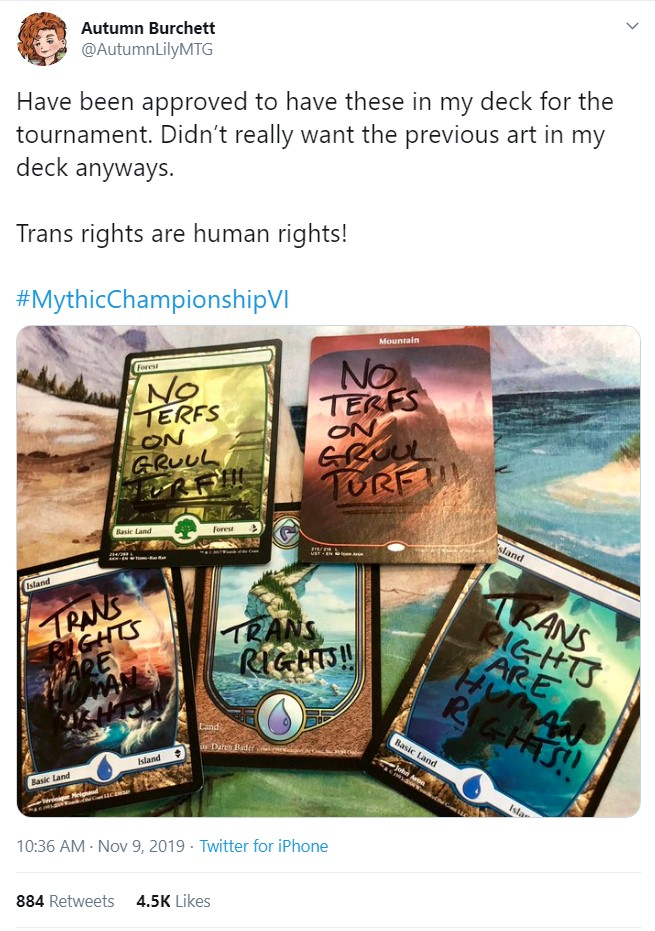 If you look at the new character, it does bear an uncanny semblance to the avatar that Burchett uses, complete with half the side of the character’s head being shaved, which is usually a mark of degeneracy or mental illness from Liberals who reside in places like Portland, Oregon, or Seattle, Washington, or in San Francisco, California. 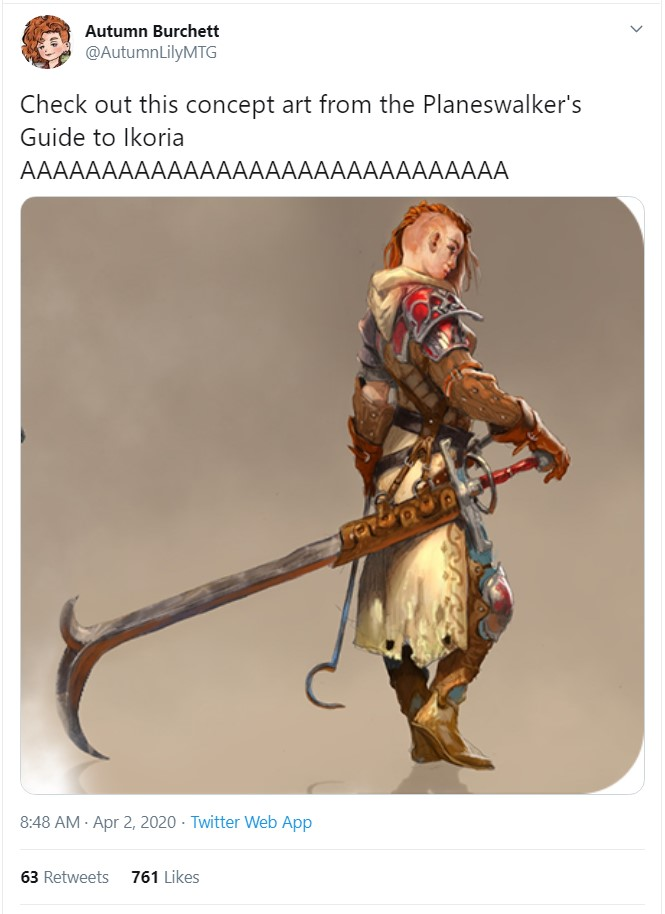 Burchett’s followers also commented in the 트위터 스레드 that it looked as if the character was based on Burchett’s Twitter avatar.

That’s not even getting into the fact that there was a grooming and pedophile problem with the judges within the 매직 : 더 개더링 에 의해보고 된 대회 장면 외부 피난처.

But Wizards of the Coast are converged, and if they really did base the new character on an anti-TERF trans then it’s not surprising at all given that the character looks like a representation for the current-day mentally ill members of the Regressive Left.